Our nephew Hallpants is 3, and it’s proving to be one of my favorite ages to take to the park. He knows who the characters are, has favorite rides, and his favorite things about going to Walt Disney World are playing with his bubble gun and secretly licking the chains in the Small World queue.

Alright, that last part I could do without, but the rest is just golden! Hall met his first “face” character earlier this year, Peter Pan, and he was a little star struck and absolutely terrified.

When Hall’s mom Jessie and I decided to take the boys to the park on our own for a day, I tried thinking of something for Hall to do when meeting characters that would help him be less scared. Cue a trip to Publix for a $2 bouquet of flowers!

Bringing flowers to the characters was the BEST. We’d prep Hall in line about who he was meeting, be it Rapunzel, Ariel, or Alice, and handed him a flower at the last moment to take to the character. Instead of “I want you to go hug that stranger and not freak out,” it gave him a reason to go up to them and not be scared.

The characters were extra sweet and really seemed to take more time with him- What girl wouldn’t love a flower from this sweet prince?! I think it also helped that we took him to more “chatty” characters like Alice and Rapunzel, but I think this would work with any character! It was a total improvement on his visit with Peter and he always left with a smile and a smooch. :) 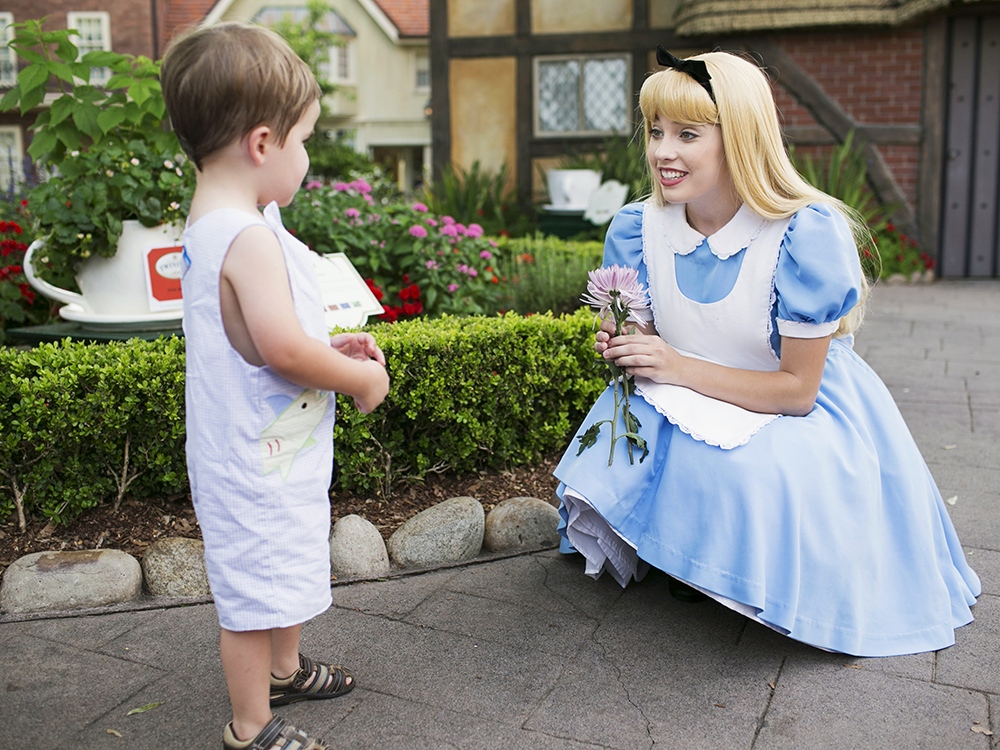 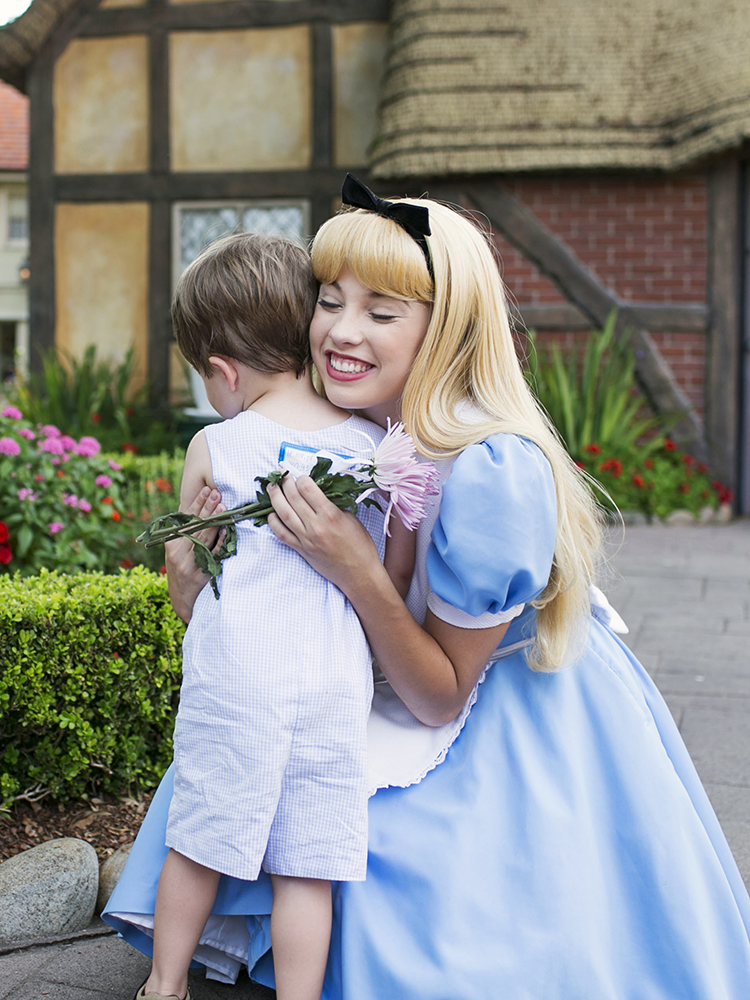 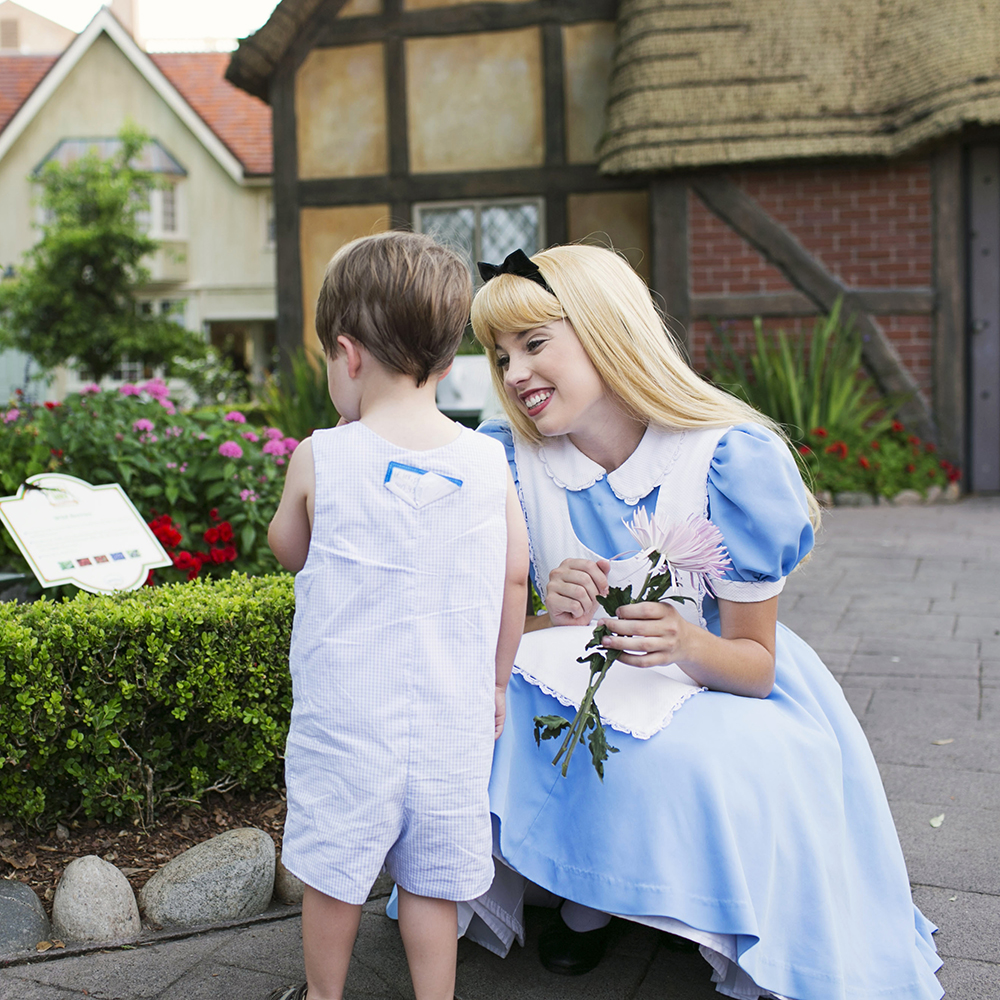 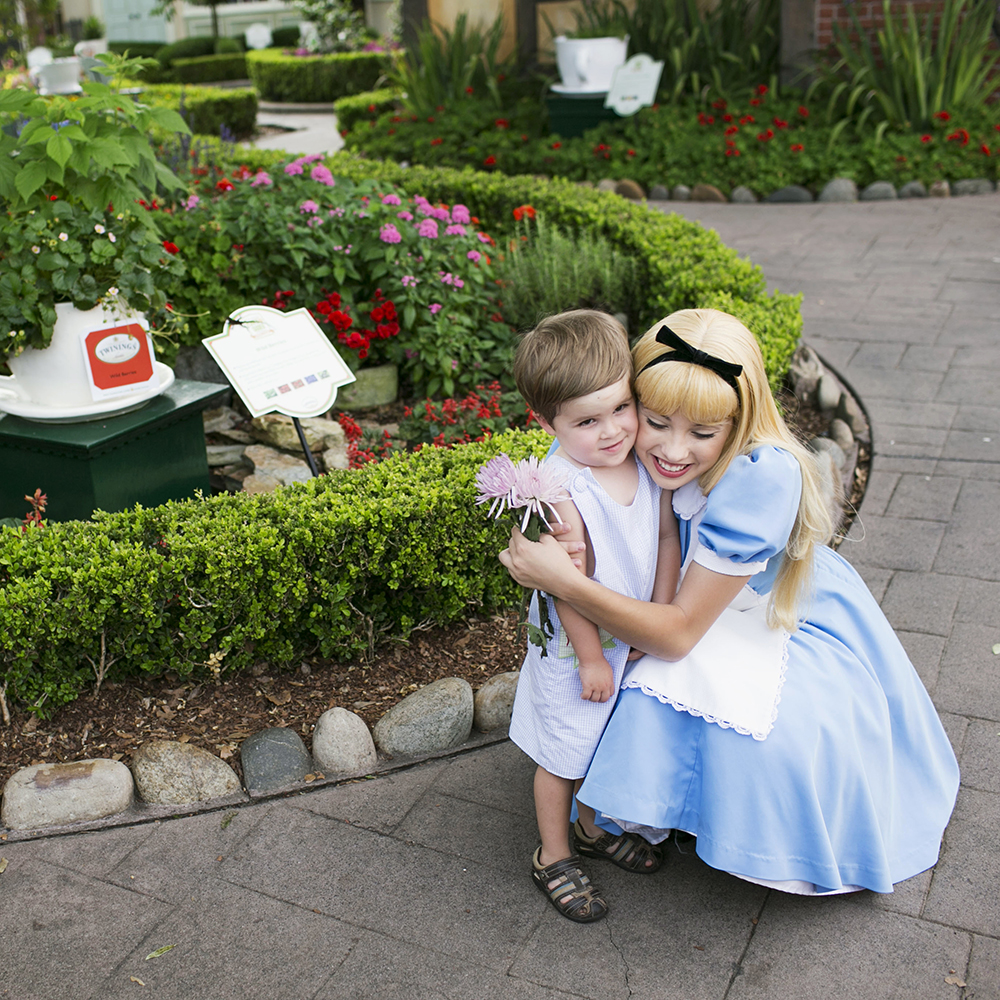 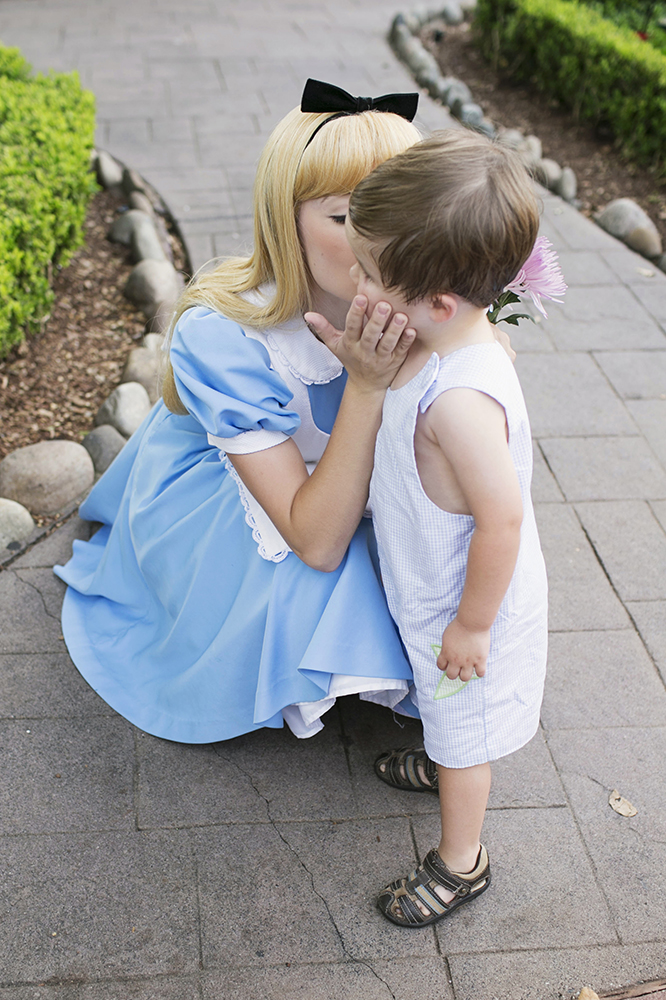 See? Flowers for the win!! Try it with your toddler and let me know how it goes! :) 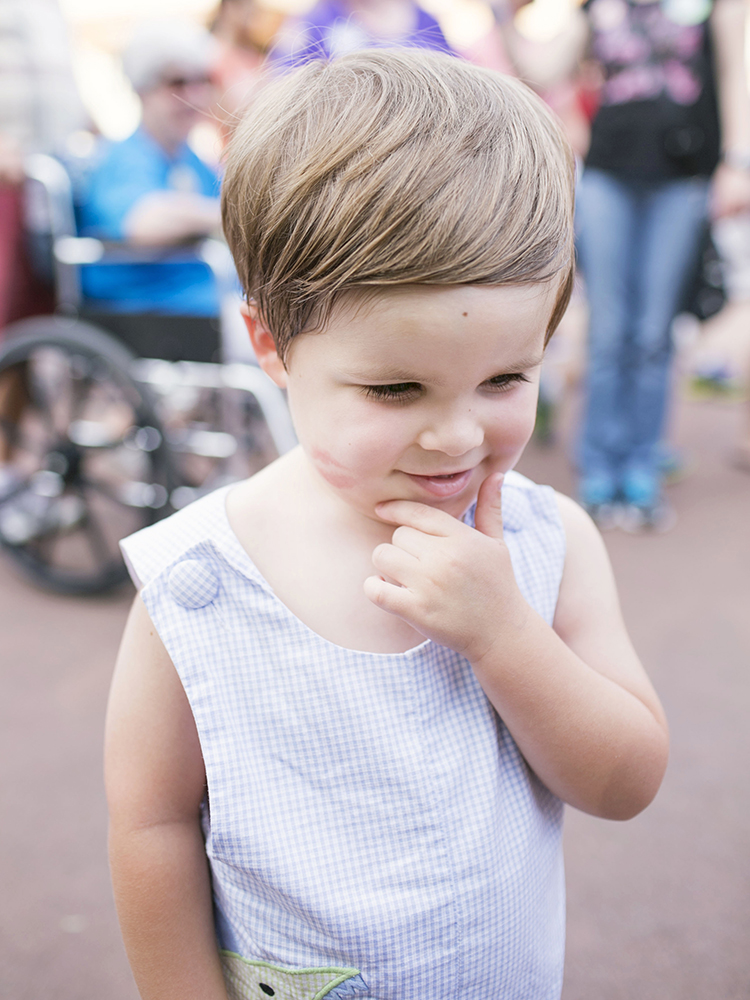 8 thoughts on “A tip for meeting characters with toddlers!”