When the news of Trader Sam’s opening up at the Polynesian exploded my Twitter feed, I was genuinely excited. I love the *idea* of this place. Ordering certain drinks and things on the wall move, or a voice track of 20,000 Leagues plays, or an animatronic activates. Friends that visited Disneyland’s Trader Sam’s always raved about it and I allllllways wanted to go, but it never fit in our already packed vacations.

Nate and I went to Trader Sam’s opening weekend, and my first impression was a great one. The patio seating outside is down right charming: the big, red umbrellas, you’ve got a great breeze from the water, a great fireworks view. Our friend John David was the first to show up and get a buzzer for the group. He was told there was a two hour wait but I don’t even think we hit the 90 minute mark when the buzzer went off.

At first glance, I loved the inside of this place. It’s packed full with details and it really is the closest thing to having a bar inside of an attraction. Right away we spotted Amanda and Jeff, whose wedding we’re photographing in December! We sadly neglected to take a photo with them, but they do make a cameo in the second photo below. :)

You know that feeling where everyone around you is having a better time than you and no matter how hard you try, you just can’t seem to get to their level? That is the best way for me to describe my Trader Sam’s experience. I’m sure most of that has to do with the fact that opening weekend, the die hards were out in force. When the bartenders would start doing their little bits for each drink, everyone around me was realllllllly into it and screaming and pointing and laughing and it all just made me sort of uncomfortable. :/

I think I really need to give it another go in a year when the buzz has died down. 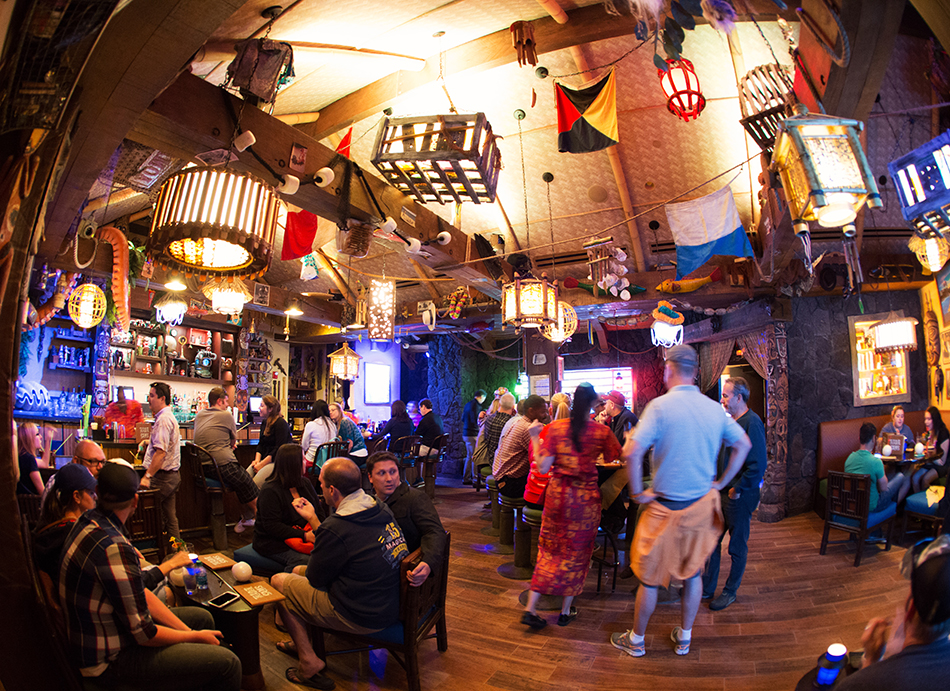 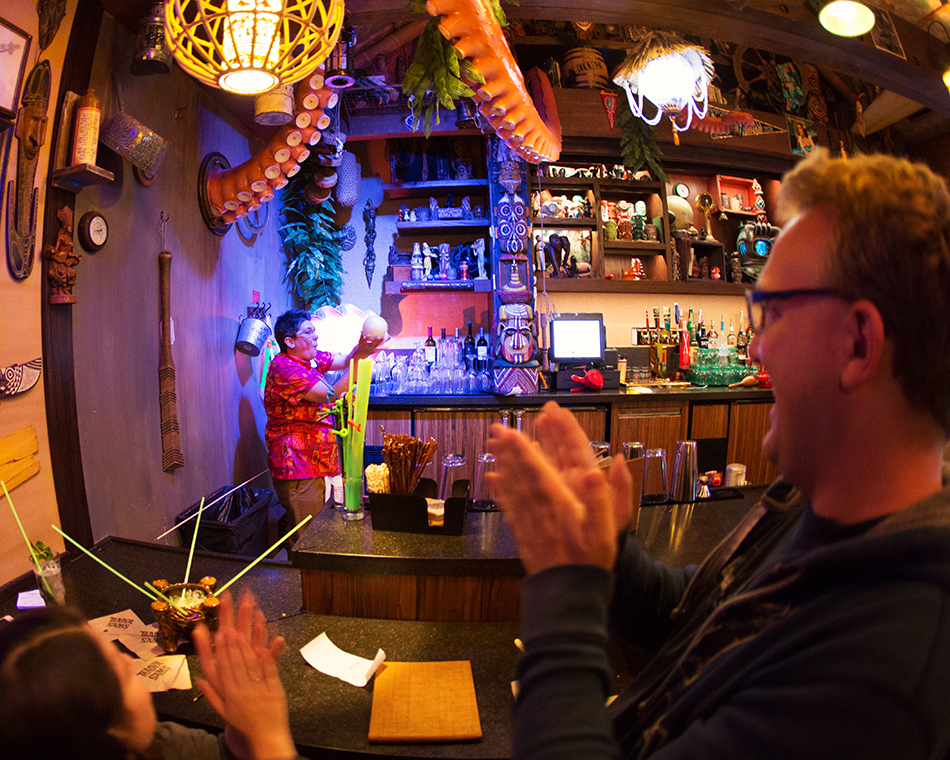 Apart from the chaos, we also had to find a place to actually sit. Like any crowded bar, it was super loud, and there was one bar stool available and only a couple empty chairs spread out among the tables. Nothing kills my buzz like not having a place to park it, but we were eventually able to find three empty chairs and line them up like a bench so we could all sit.

This is what we looked like for nearly and hour! It was fun in the beginning when we were hopeful something else would clear up, but when we realized no one was leaving and we had these cumbersome drinks to hold, things got a little challenging! 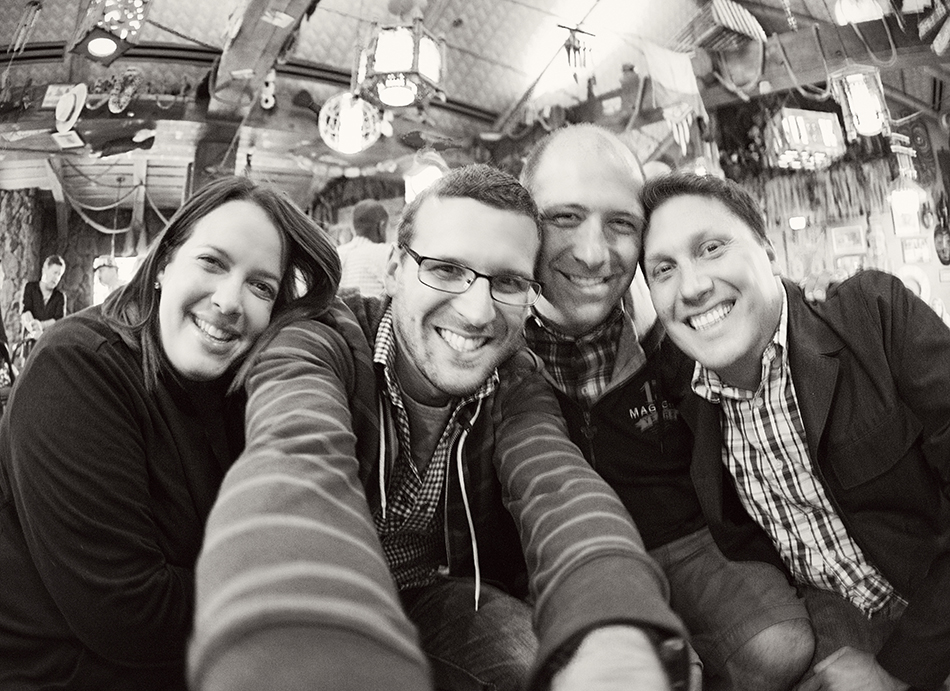 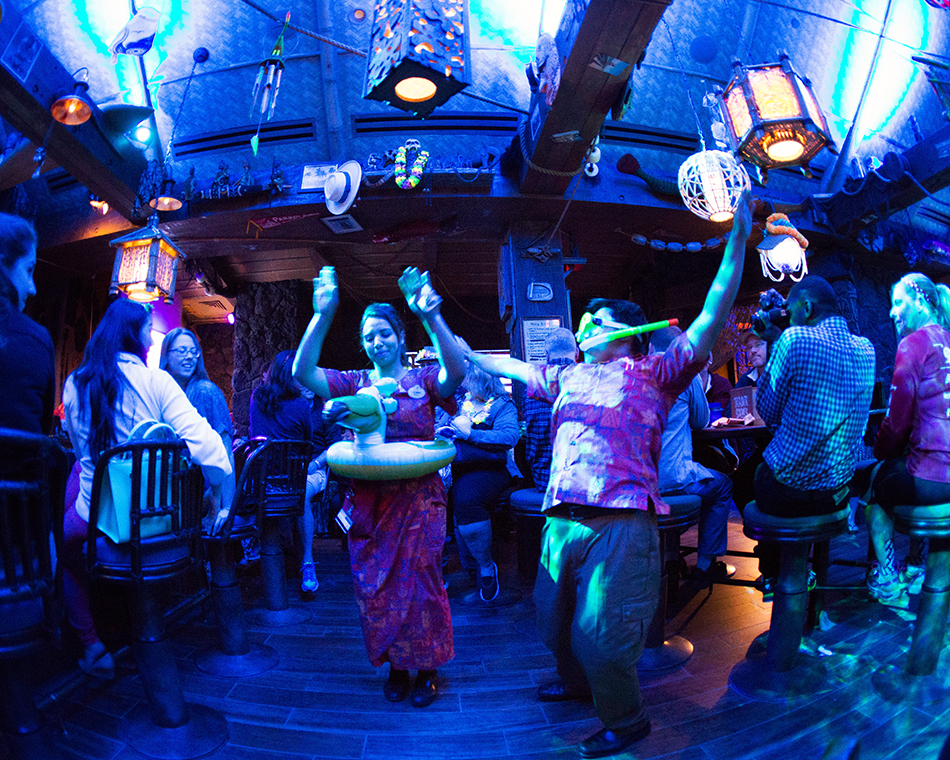 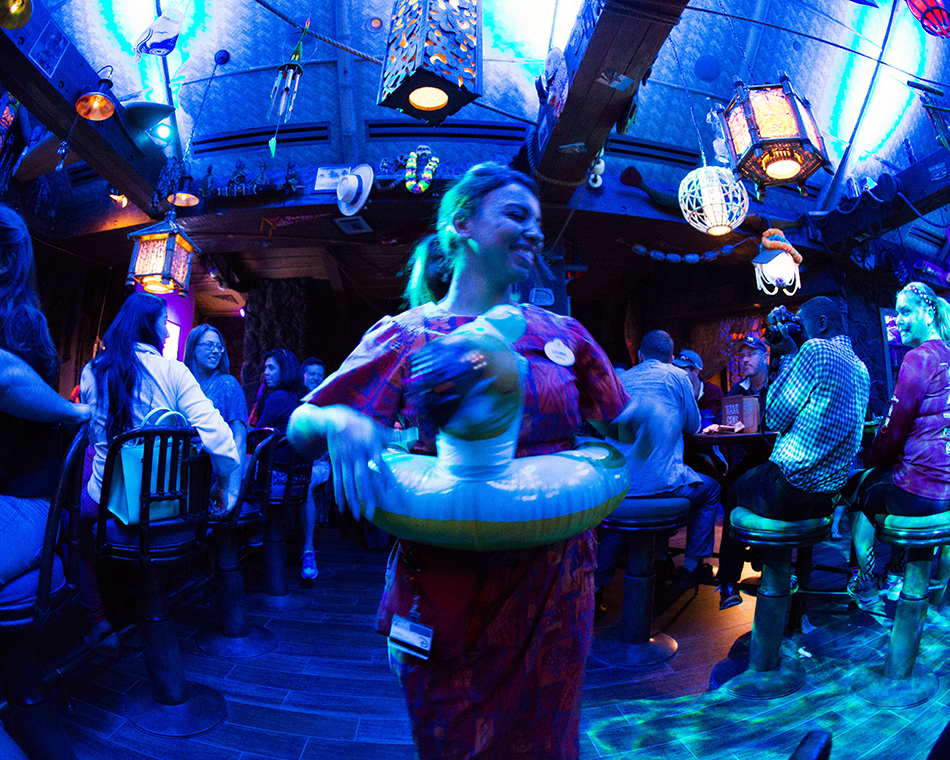 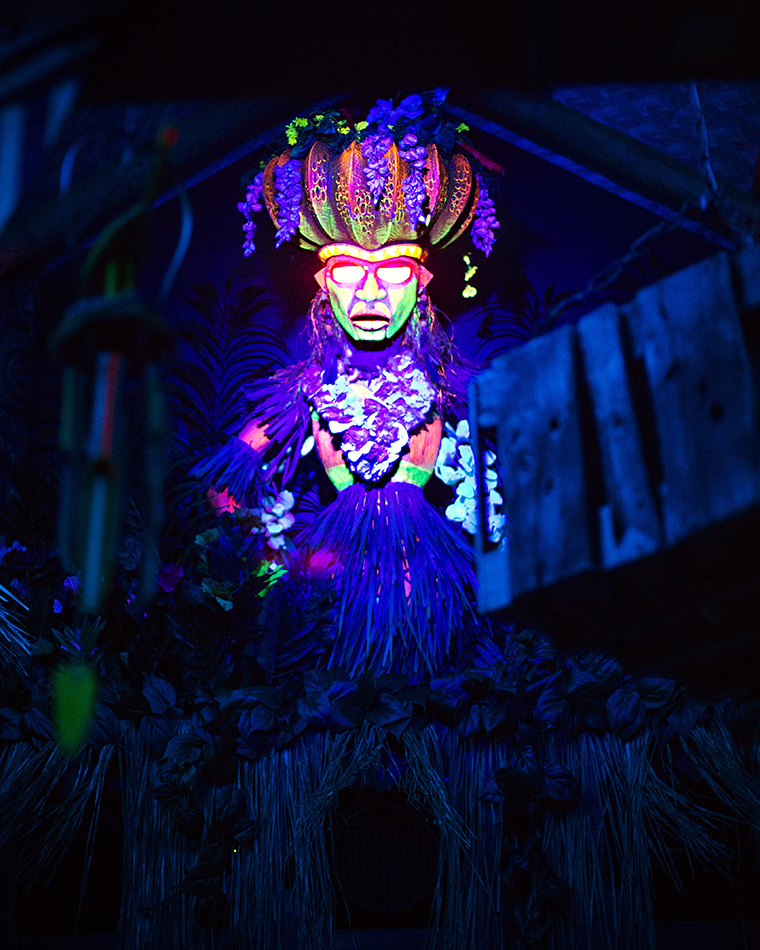 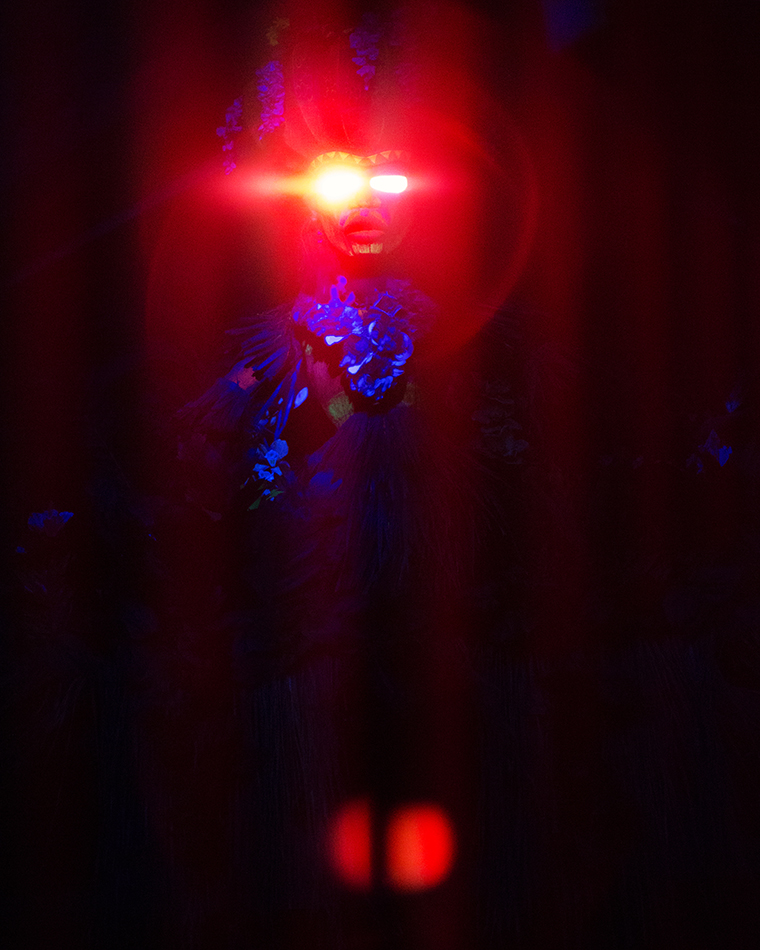 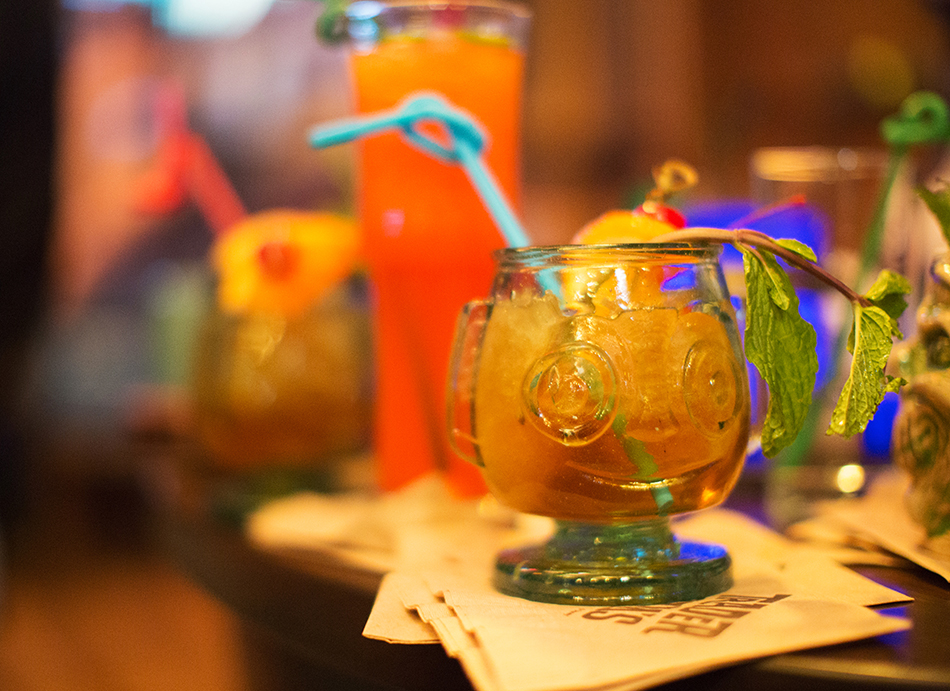 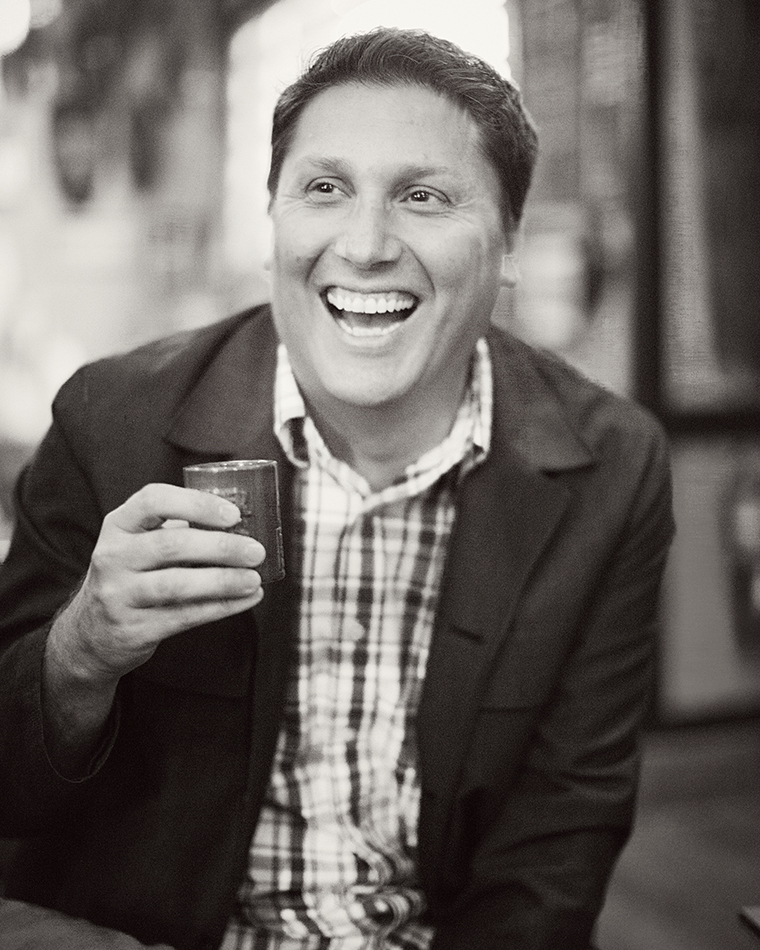 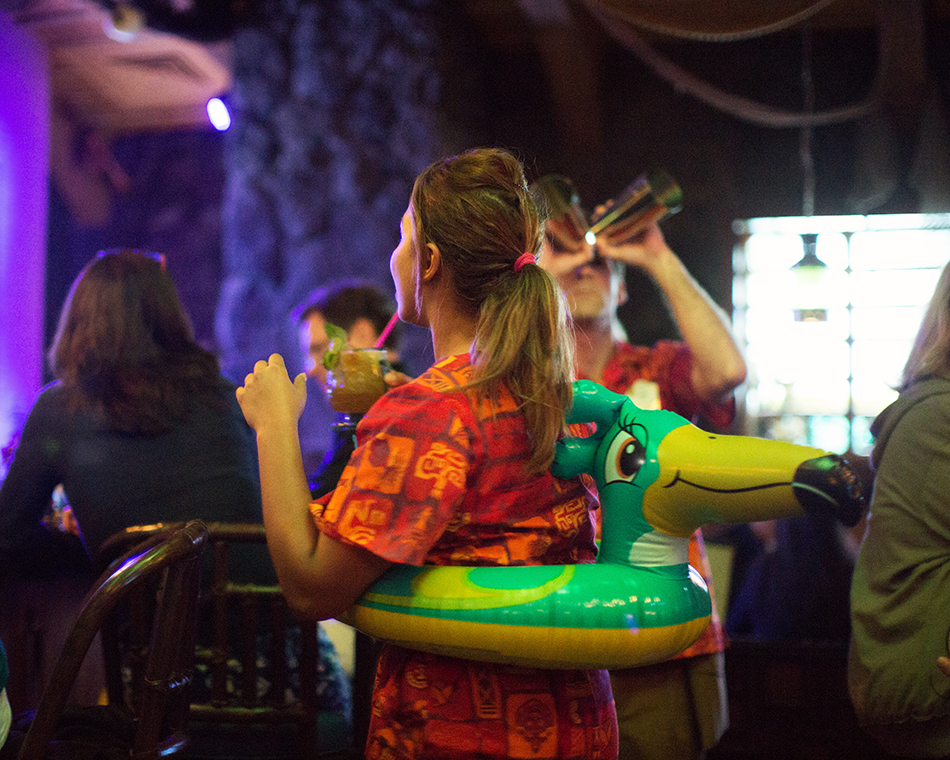 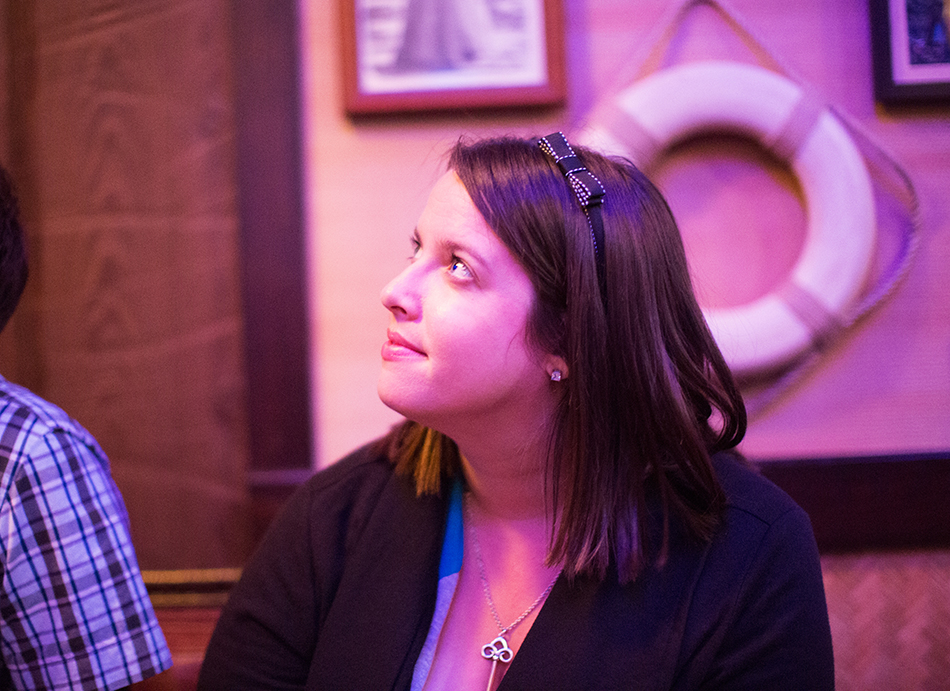 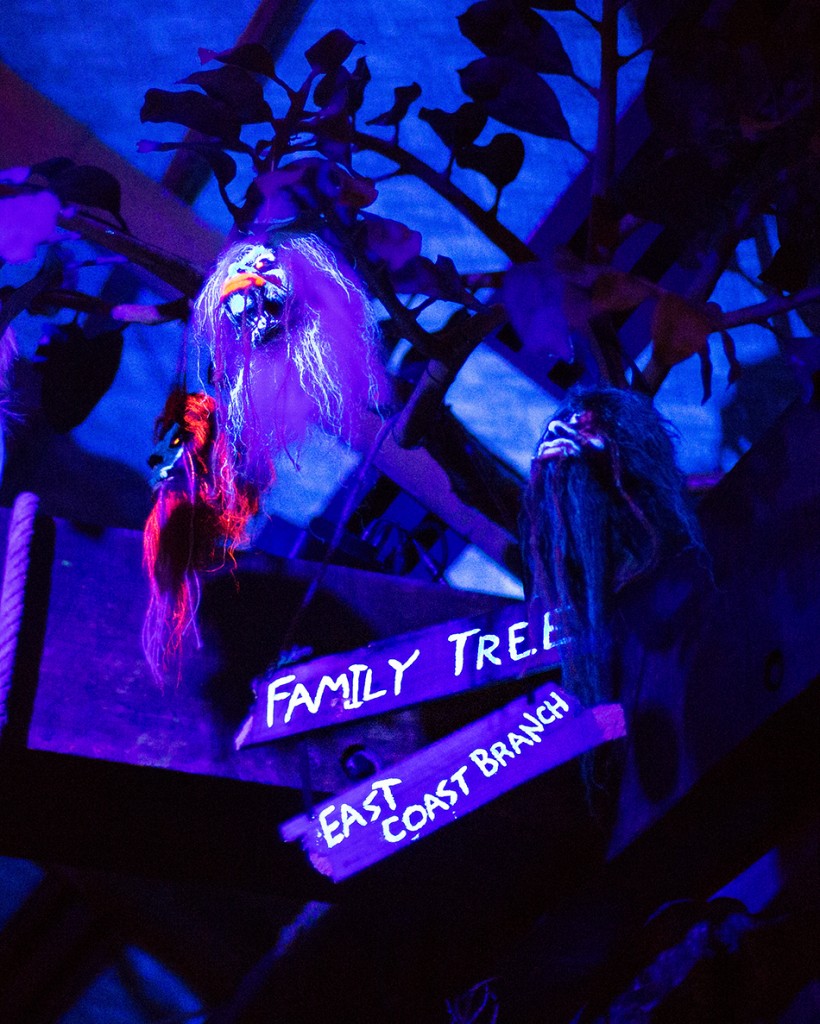 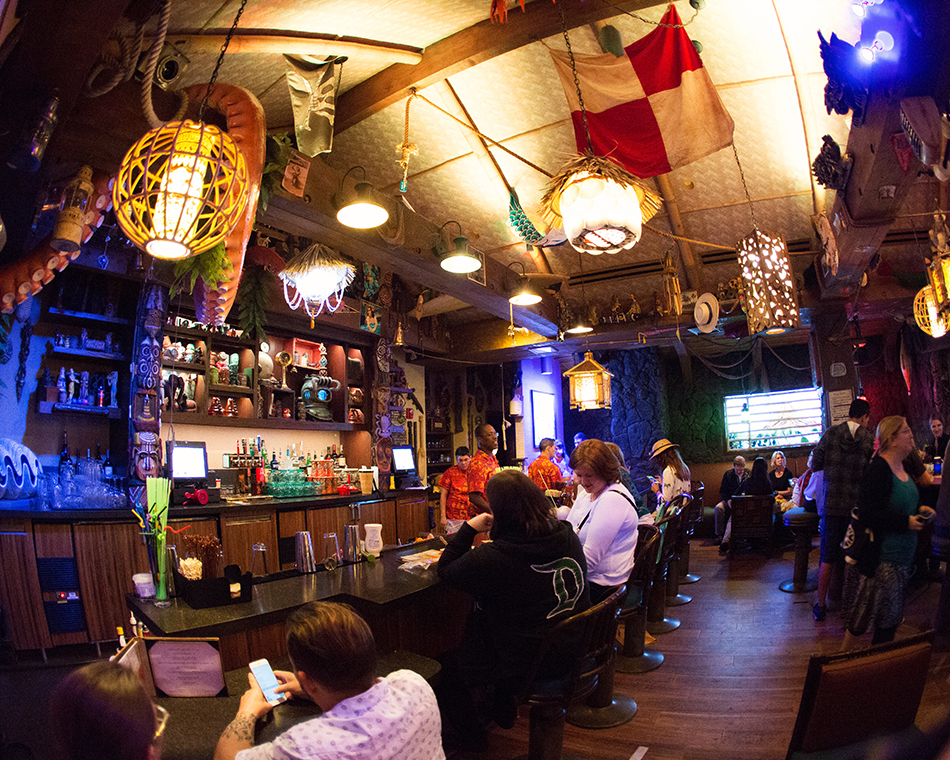 Toooooootally pixilated and zoomed in to the max, but hanging from a noose above the bar is a set of Mr. Toad’s keys! The key chain reads “Property of J. Thaddeus.” 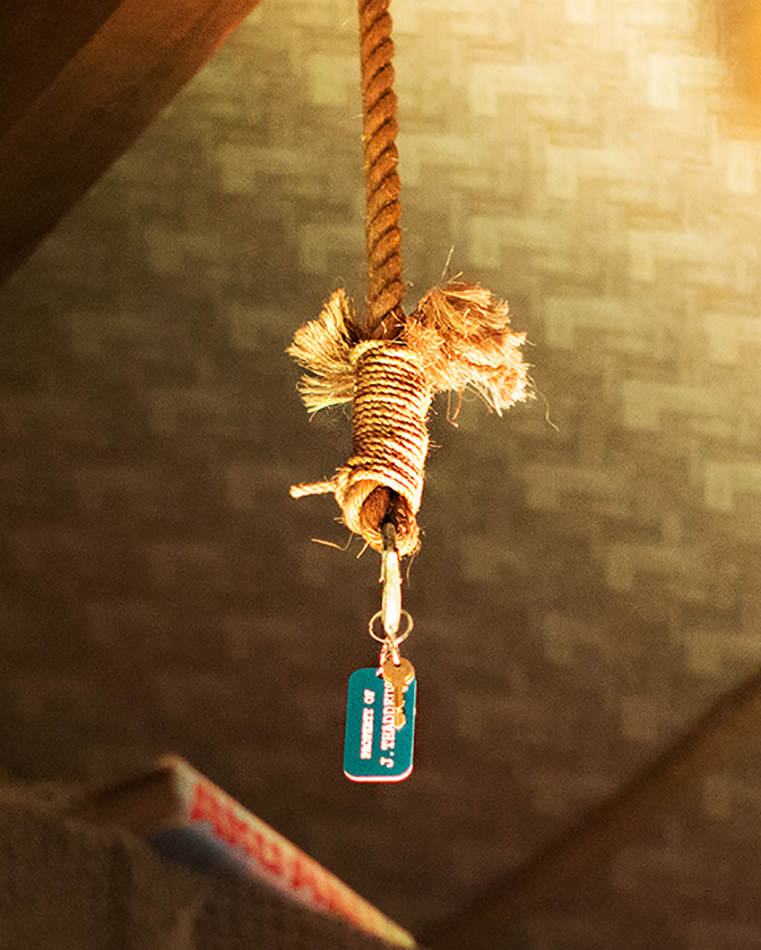 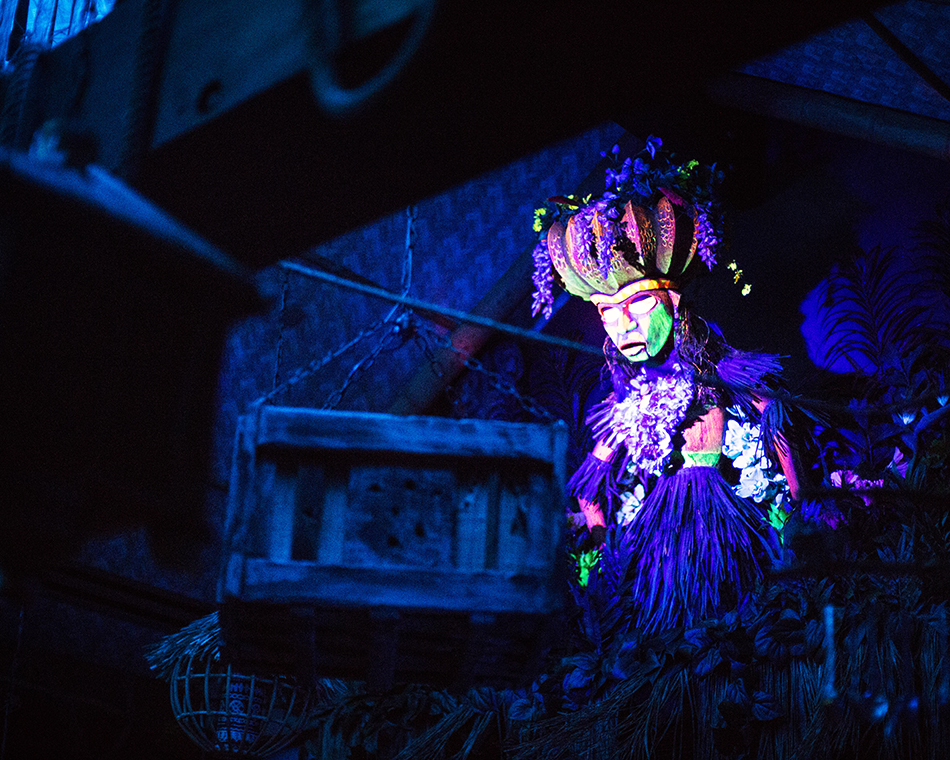 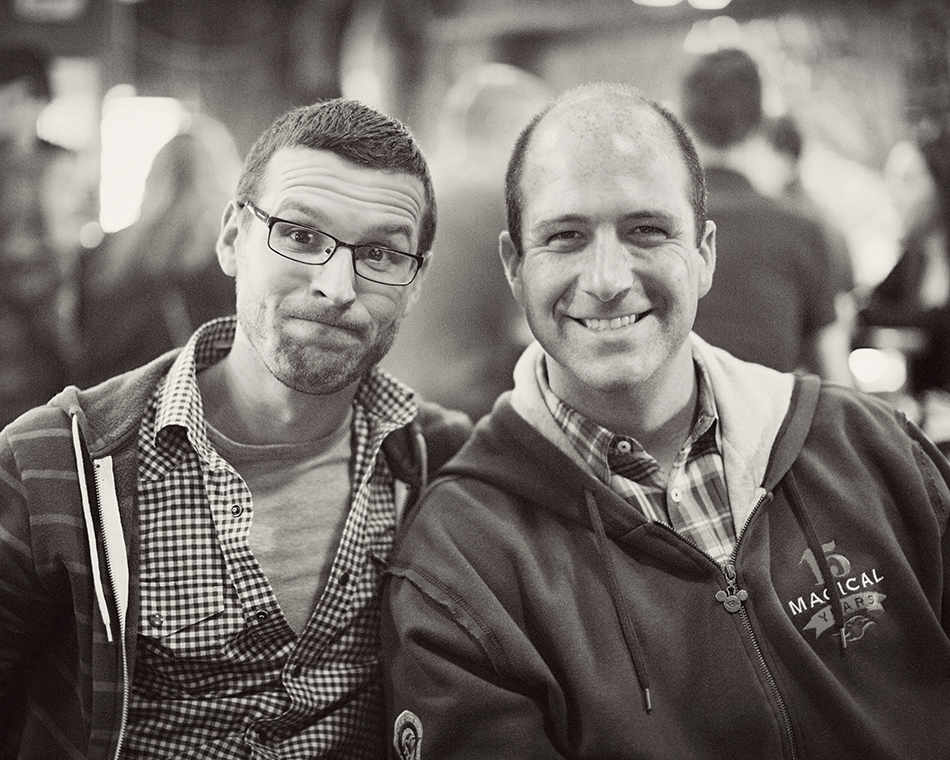 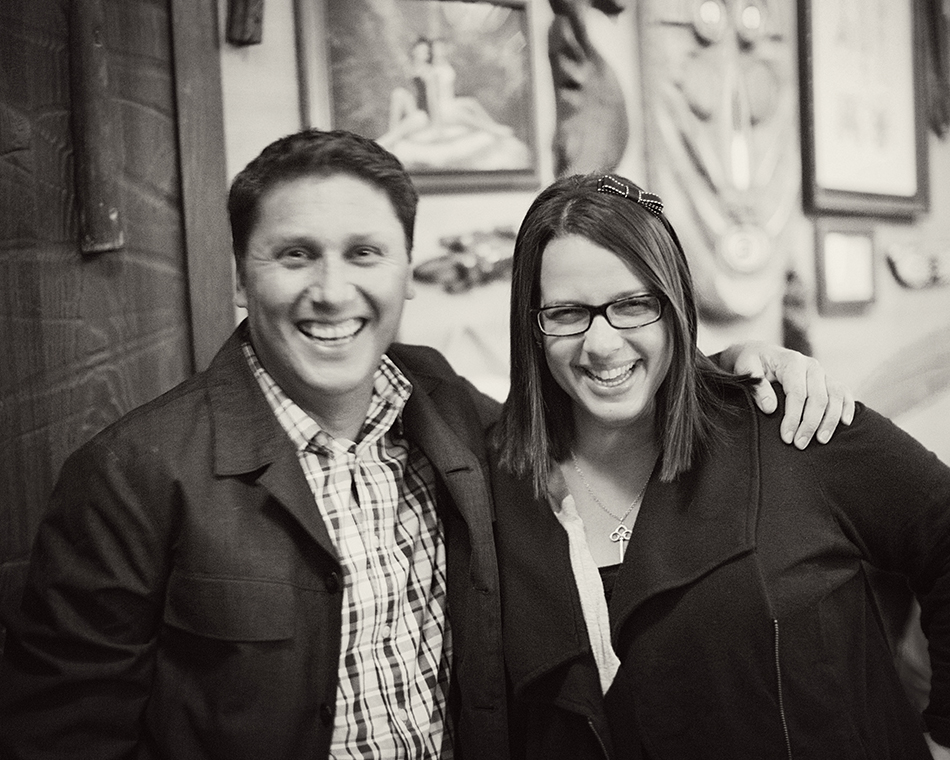 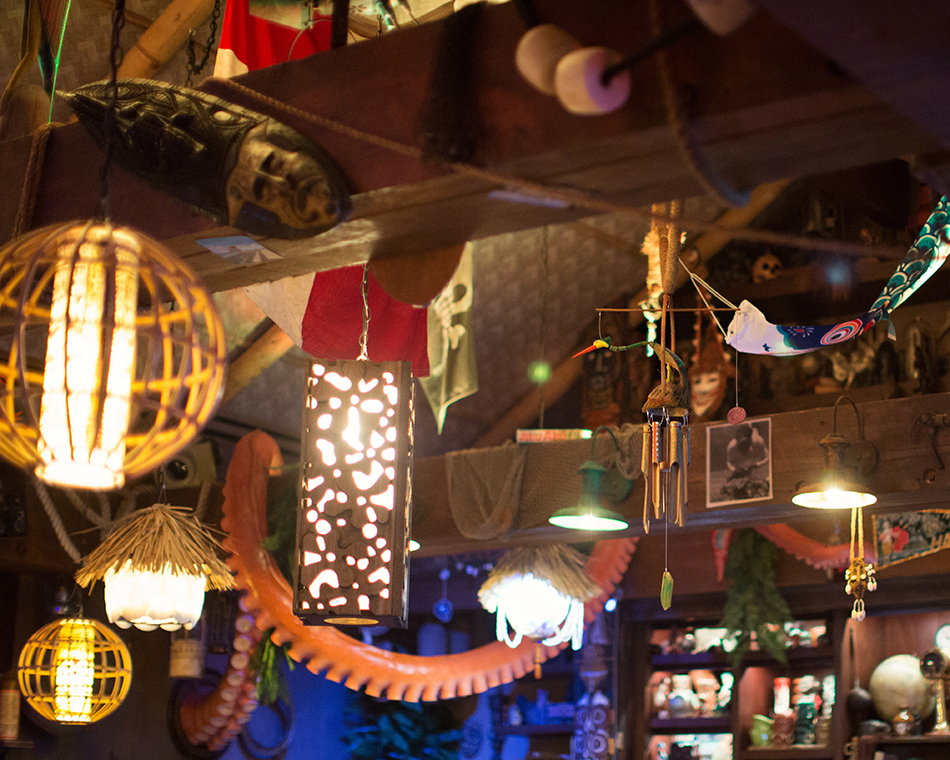 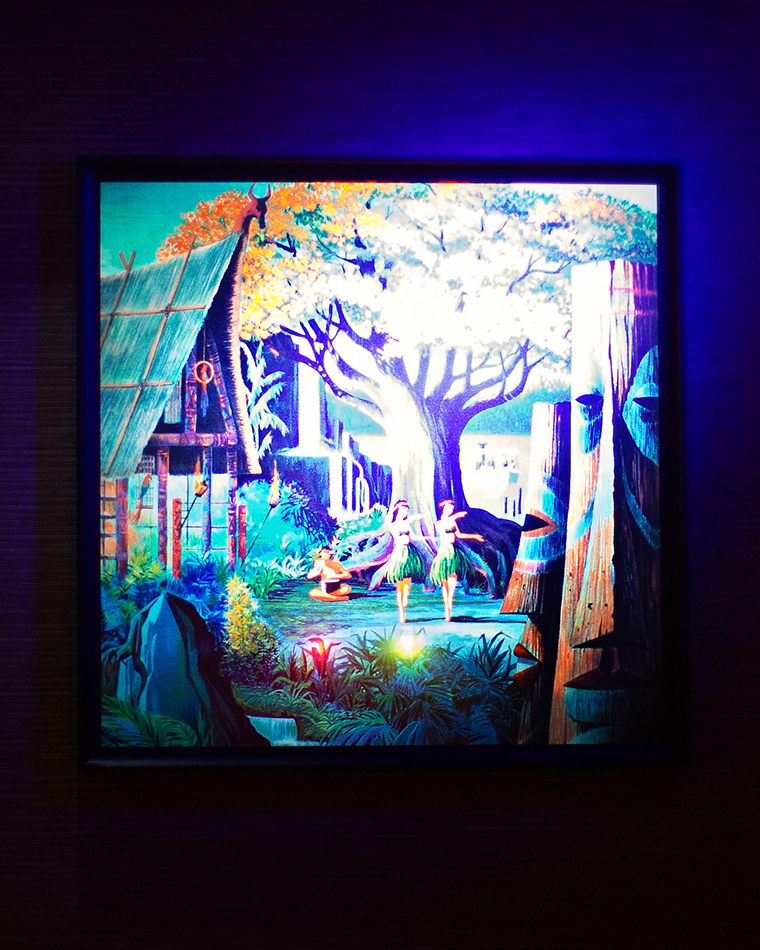 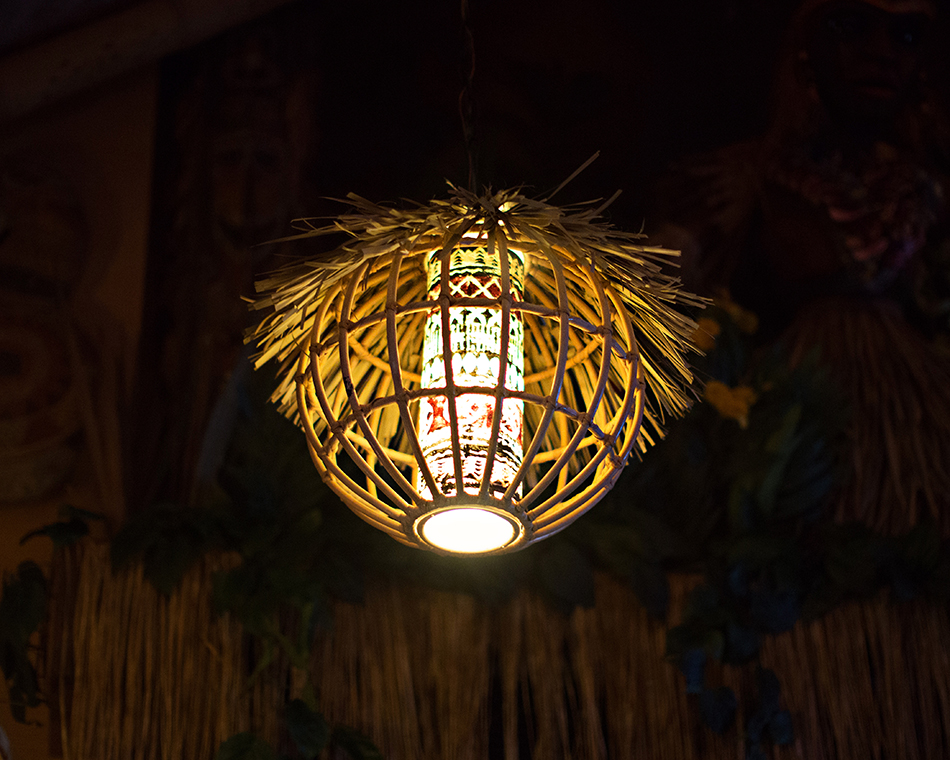 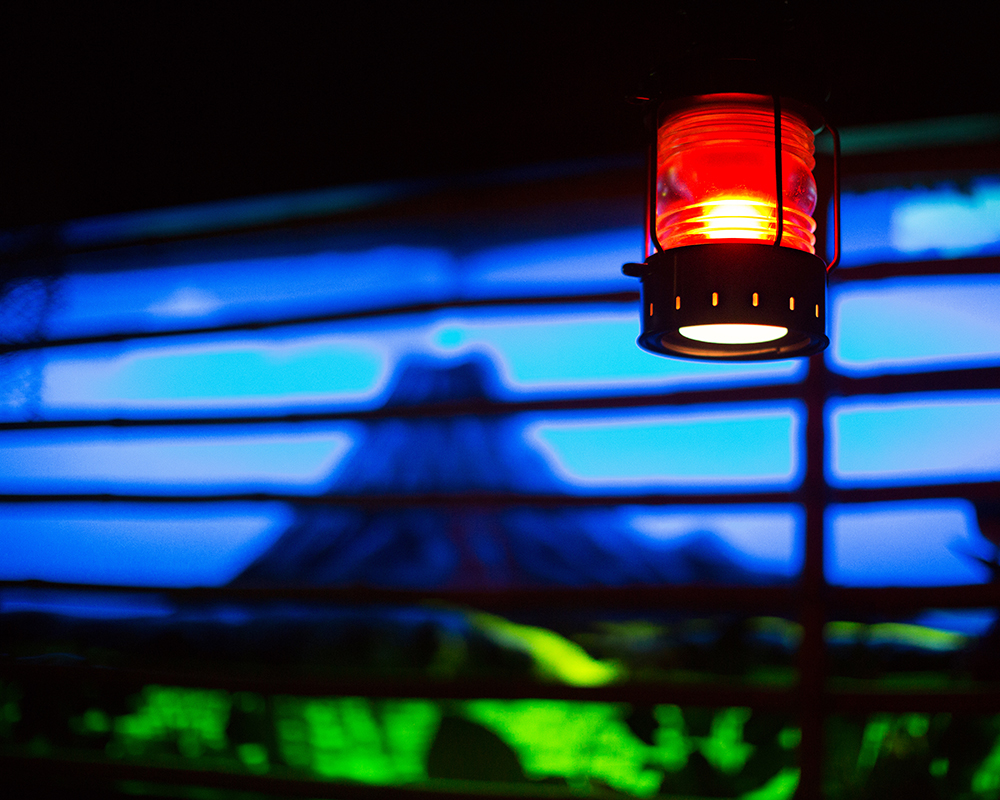 Just like most any other Disney experience, it really is who you’re with that makes or breaks the experience. Despite being completely out of my comfort zone, we can do anything with Tim and John David and have an amazing time… Even sharing chairs for an hour in a crowded bar. ;) 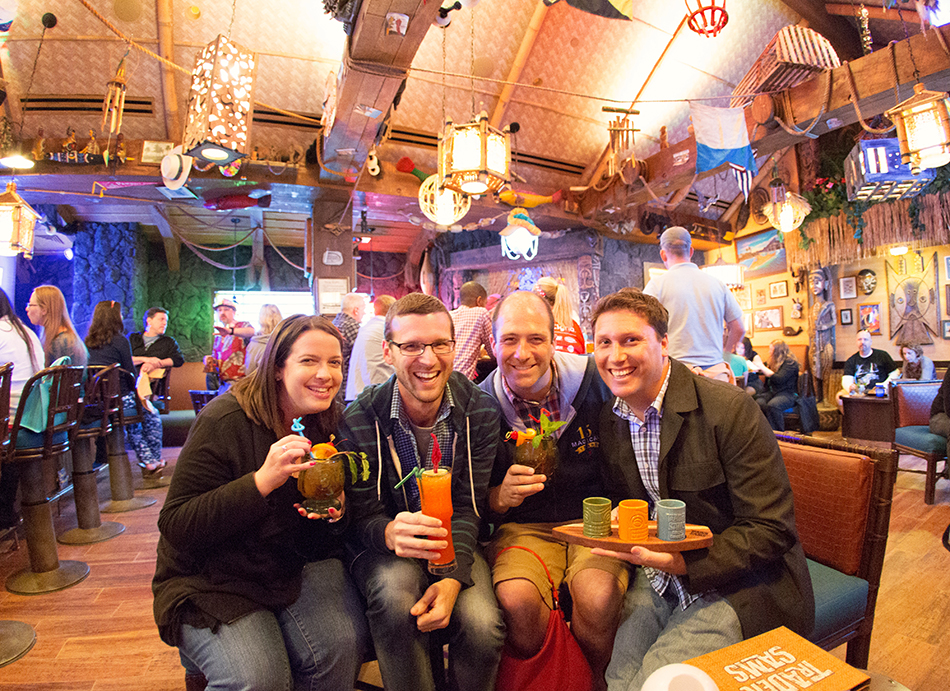 This guy sums up my feelings on Trader Sam’s perfectly: a smile and a shrug. :) 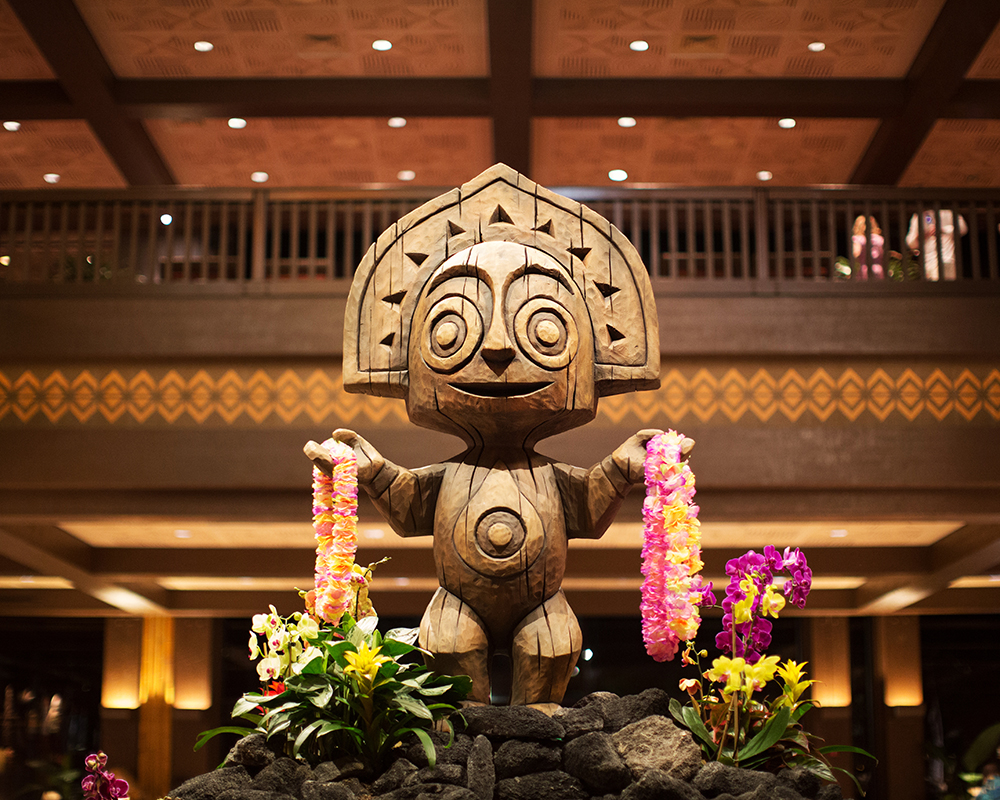 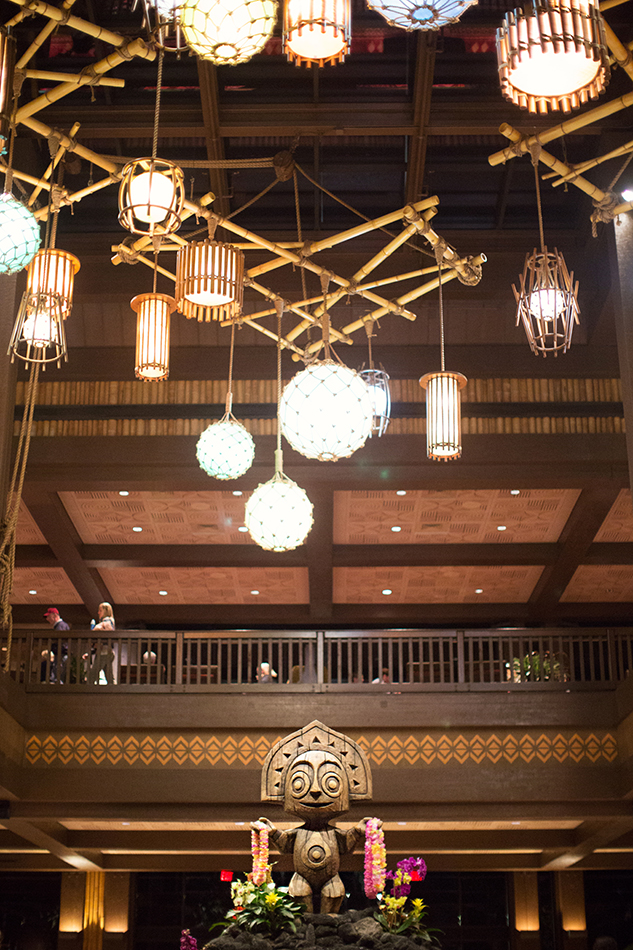